SPEAK TO A SECURITY SPECIALIST 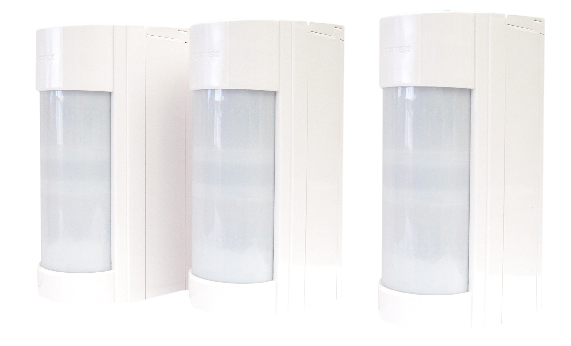 There are three basic types of outdoor intruder detection beams suitable for use on both home and business properties:

Outdoor beams are weatherproof infrared detectors, similar to indoor passives, which will signal an early warning of an intruder on the property. These beams are mounted on building walls to detect movement up to ten meters away, within a 90 degree angle range. If triggered, the pulsed infrared light will sound the alarm system and alert owners to a presence in their yard.

Point-to-point beams, also known as infrared beams, is a reliable and stable form of intruder detection. These beams are supplied in pairs – a transmitter and a receiver – that can be either mounted on walls or on brackets outdoors. The transmitter sends an invisible, continual pulsed beam of infrared light which is detected by the receiver. If an intruder or object such as a person, dog or falling branch breaks the beam, an alarm signal is generated. These outdoor beams are usually installed across a driveway or an entrance and around the outer perimeter of a property.

A strip beam is another reliable outdoor intruder detection device that is mounted on the walls of a house, for example on either side of window frames, for an early warning system. Strip beams comprise of four strips of receivers and transmitters that generate an invisible pulsed infrared light, which detects movement and sends an alarm signal if the pulse is broken by an intruder reaching through the beam. These beams come in vastly differing sizes of up to ten meters.